The influencers kings of Pitti Uomo 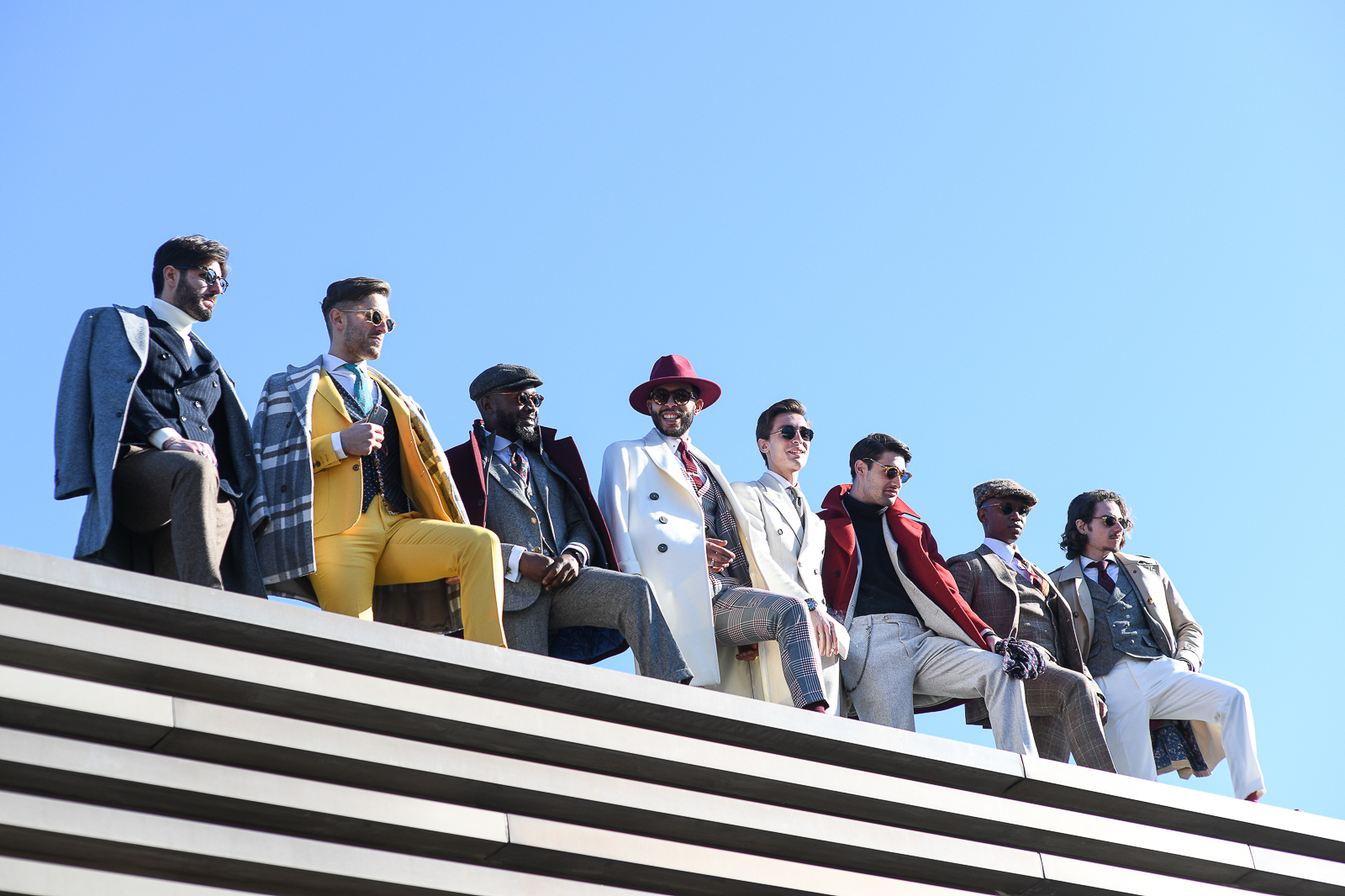 The Pitti People are immediately recognizable by their very stylish sartorial look. Two or three-piece suits, ties, hats and many accessories. And this year the very noticed return of the short pants, on the Parisian runway in the collection of the American stylist Thom Browne at the Paris Fashion Week.
When you arrive in Florence during Pitti Uomo, the international men’s fashion show, they are the first to be noticed by the visitor. In the collective imagination, Pitti Uomo is also associated with the figure of the dandy often playing the card of eccentricity. Because the game for the influencers present in Pitti Uomo is to be noticed, photographed, posted on social media from all over the world. They represent the soul of Pitti Uomo and also all its folklore so much appreciated by the “modaioli” and the broad public.
Pitti Uomo is the largest international platform for men’s clothing and accessories professionals. Buyers from all over the world come to discover the trends of Men fashion in the upcoming 2020/2021 collections and meet exhibiting brands, more than 1200 in total this year including 45% from abroad.

Not to mention the international press, print or digital, photographers, investors, the Public Relation companies, etc. The deals are concluded inside the exhibition spaces while the external ones are more related to public relations and image.

Who are these influencers, the Kings of Pitti?

First things first, instead of influencers they prefer the name “Brand ambassadors”. They are public figures dressed by brands who present their looks. This is a new figure or rather a new profile of influencers that we are talking about. There have always been influencers around the designers of major fashion houses. Today they are called Fashion editors or designers. But the new influencer is a personality coming from the general public, which is propelled to the forefront of the Fashion scene by its popularity on social networks. But also through hard work, diligence, intelligence and adaptability to these new opportunities of the digital world. And especially thanks to the relationship of trust that they manage to build with their community, and that is so lacking in the traditional media. Might as well say a tour de force, hats down! And the brands have understood this.

They are coming from all over the world and more rarely from Florence itself, like Niccolò Cesari, who was noticed 3 years ago in Pitti Uomo.
When asked, many influencers of Pitti Uomo say they have become faithful to the fair after a first participation because visibility is so important there. They come from all countries: Spain, France, the Anglo-Saxon countries, Italy of course and more rarely even Florence as Niccolò Cesari who became the point of contact of the influencers accustomed to Pitti Uomo. They often become friends who meet every six months in Florence. For them it is also a time of networking and meetings with journalists and photographers. Even the opportunity to conclude opportunities for new collaborations with brands.

It’s a passion we have in common spending much time together studying our looks and sometimes me taking pieces from his vestiaire”.

Pitti People are mainly Men, but Women wearing sartorial looks are also the new protagonists. This is the case for Eva, who rapidly became noted and liked after posing on a post together with her husband Niccolò Cesari wearing both total sartorial looks. Indeed, women are looking for advice on taking some pieces from men’s vestiaire, and influencers on the subject are difficult to find.

But then why do we see few stories on Instagram of Pitti Uomo’s influencers on the collections exhibited in Pitti? The Pitti influencers have little presence at the brands’ booths inside the pavilions. Unlike Press Days, when brands invite the press and influencers to discover the collection. In reality, Pitti Uomo brand ambassadors often play models for brands that can’t afford to invest in a booth inside the Pitti Uomo sections. There is certainly a psychological milestone for exhibiting brands in Pitti for which the first goal is to meet buyers. A milestone that has already been reached during the Fashion weeks of the major fashion capitals. On the frontrow, we find influencers sitting alongside famous fashion journalists. What was unimaginable a few years ago as Chiara Ferragni recounts in her documentary “Chiara Ferragni – Unposted” presented at the opening of the Venice International Film Festival, and that tells of the coldest welcome she received at her beginnings by the insiders at the Fashion shows in Milan. But today this milestone has been reached, influencers are present at all major events. Especially those like the Pitti who are really cool in addition to being business oriented.

And this year the exhibiting brands even went out of their reserved spaces to go on the runway. Some took part for the first time in a very successful show organized in the main square by the London magazine DUST MAGAZINE entitled “Otherwise Formal”, under the sunlights of Florence and the glances of the Pitti People.

If you want to know more, listen to our podcasts 2Goodmedia with Niccolò Cesari, Thierry Mouele, Raùl Vidal on iTunes and Spotify 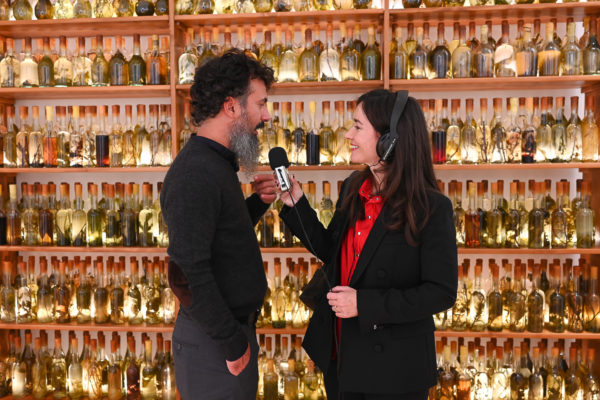 Your Host on the podcast 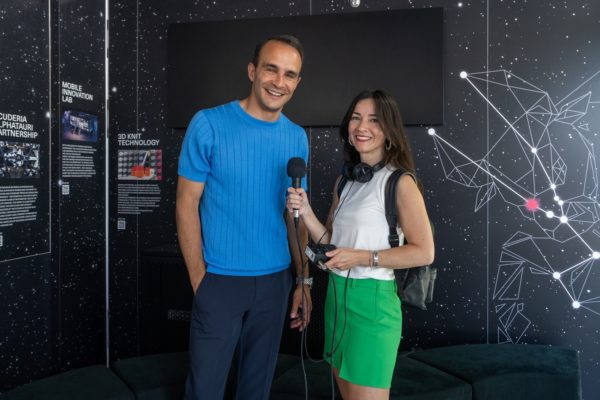 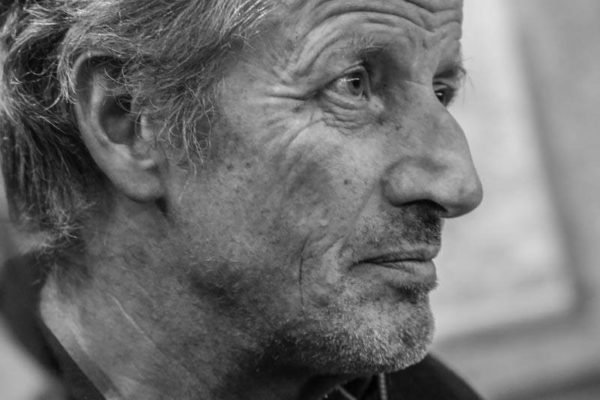 Outdoor apparel and textile innovation for the Champions

Céline Gendry-Morawski on how to create a brand platform 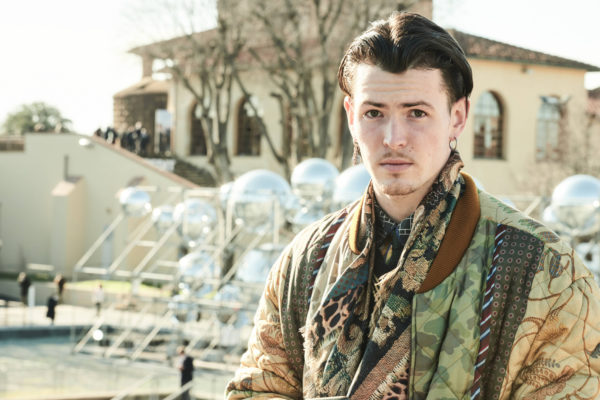